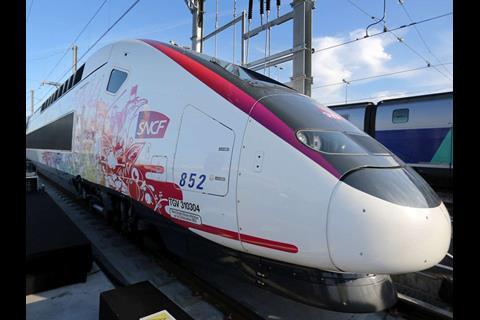 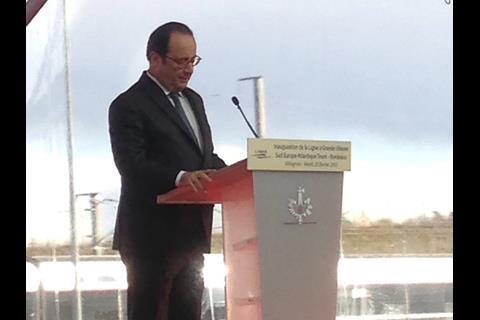 FRANCE: The LGV Sud Europe Atlantique high speed line between Tours and Bordeaux was inaugurated on February 28 in the presence of President François Hollande, SNCF Réseau President Patrick Jeantet and Laurent Cavrois, President of the LISEA consortium which has built and part-financed the new line under a 50-year concession.

Running for 302 km from Saint-Avertin south of Tours to Ambarès-et-Lagrave north of Bordeaux, the high speed line will enable the fastest Paris — Bordeaux journey time to be cut to 2 h 04 min. Revenue services are due to begin on July 2 and traffic is expected to reach 20 million passengers/year.

Total cost of the project is €9bn, of which €7∙8bn has been spent on the new line itself. The LISEA consortium of Vinci Concessions (33∙4%), Caisse des Dépôts (25∙4%), Meridiam (22%) and Ardian (19∙2%) has provided €3∙8bn, with the public contribution comprising €3bn from the French government, local authorities and the European Union as well as €1bn from SNCF Réseau.

A total of €1∙2bn has also been spent by SNCF Réseau on the 38 km of connections between the new line and the conventional network, control centres, capacity enhancements at Bordeaux and remodelling the track layout at Paris Montparnasse station. SNCF Réseau will be responsible for traffic control on behalf of LISEA, which will be responsible for operating and maintaining the new infrastructure until 2061.

‘This opening begins a historic year for high speed in rail in France’, said Jeantet, with 2017 also seeing the opening of the high speed line between Le Mans and Rennes and the Nîmes — Montpellier bypass. Made possible by the close partnership between LISEA and SNCF Réseau, the completion of LGV SEA was ‘the first act in the largest railway project in Europe in recent years’, he added.