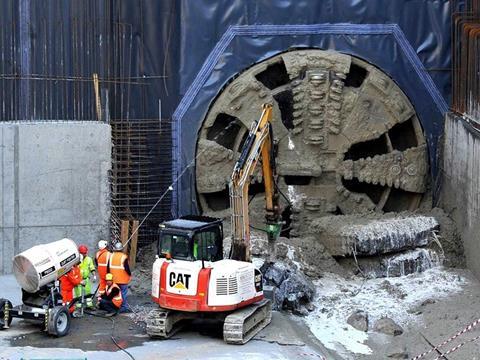 ITALY: A metro line to Linate Airport in Milano is due to open in January 2021, Mayor Giuseppe Sala announced at an event organised by lead contractor Salini Impregilo on June 1. The announcement follows the approval of additional funding for the Line M4 metro project.

The first section of Line M4 would link Linate Airport with Forlanini, where interchange would be provided with suburban rail services. An extension from Forlanini to Dateo is due to open in June 2022, followed by the Dateo – San Babila section in December that year. The final section, from San Babila to San Cristoforo, would open by July 2023.

The government and municipality are to provide an additional €262m, with a further €51m required from private sources.

The original project, to be delivered under a PPP concession, was estimated to cost €1·87bn. The government’s share was to be €871m and the municipality’s €378m, with the rest coming from the private sector. The recently approved extra funding is to cover increased safety measures at construction sites, in addition to unexpected events during construction, such as archaeological finds.

When complete, the driverless Line M4 would be 15 km long with 21 stations. Ridership is forecast at 87 million passengers a year.