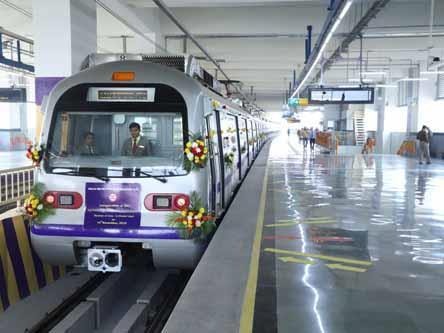 INDIA: Prime Minister Narendra Modi inaugurated a 3·2 km southern extension of the Delhi metro Violet Line on November 19. The extension adds two stations at Sant Surdas (Sihi) and Raja Nahar Singh in the Ballabhgarh district of Faridabad, serving the part of the National Capital Region that lies the state of Haryana.

The initial 13·6 km section of Line 6 was opened in 2010, and it has been extended in stages. Line 6 is now 46·6 km long, serving 34 stations. A 21-station southern extension from Raja Nahar Singh to Rundhi is due to open in 2025, followed by a four-station northern extension from Kashmere Gate to Wazirabad Surghat in 2030.