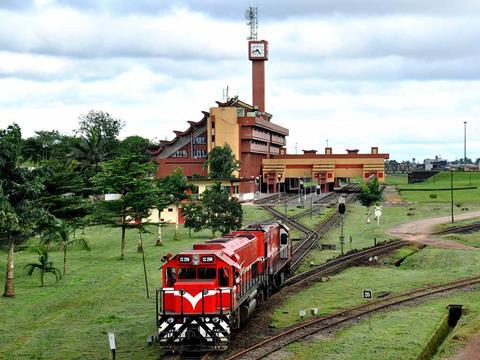 CAMEROON: Construction work on a ‘pilot’ 18 km tram route in the rapidly expanding port city of Douala is expected to start during the first half of this year. This follows signature of an agreement announced on January 30 between the government and a consortium led by Iristone Consulting of Belgium and Turkish company Ilci Holding. Iristone Consulting’s Engineering Director Christian Dochy told Metro Report International that the project is now awaiting approval from Prime Minister Joseph Dion Ngute.

Reports in local media in early February suggested that the start of negotiations for a formal contract between the government and the consortium was ‘imminent’, and it appears that the scheme has now advanced to the point where the contractor is ready to take the project forward. If all goes ahead as planned, the first section of line could be up and running in 2021-22. Around 1 000 jobs would be created.

The line would link Bonabéri to the west of the River Wouri with the centre of Doula on the east bank, serving Bessengué, where the railway station is located, and terminating at a site envisaged as a bus interchange hub. The line would cross the River Wouri on a bridge that was replaced last year by a new structure carrying a six-lane road and two rail tracks; the old bridge would be rebuilt to carry trams.

According to Dochy, the line is the first part of a much larger scheme that could see construction of a five-line tram network totalling 85 km to 100 km, depending on the final choice of routes. These could serve the airport and a new administrative zone. All lines would be built to 1 000 mm gauge to ensure compatibility with the main line railway — part of the network could be built as a tram-train project. Plans call for the various lines to be constructed and opened in rapid succession following completion of the first line. Electricity for traction and other services would be provided from the project’s own power station that would be built in Bonabéri.

Finance for the pilot line has already been arranged, Dochy said. Bombardier Transportation has confirmed that it is ‘interested in the project’, but ‘still in the discussion stage’.

In January the Ministry of Housing & Urban Development confirmed that feasibility studies had been completed for tram routes in Douala and in the capital city of Yaoundé, together with studies for bus rapid transit. The government appears to be concerned about the level of road traffic congestion and the ministry’s statement referred to the Mobilise Your City initiative launched in Cameroon in January 2018 following the COP 21 Paris climate change conference.