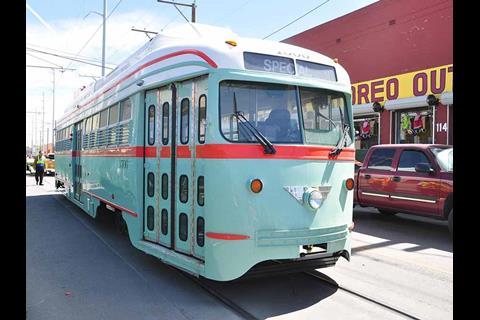 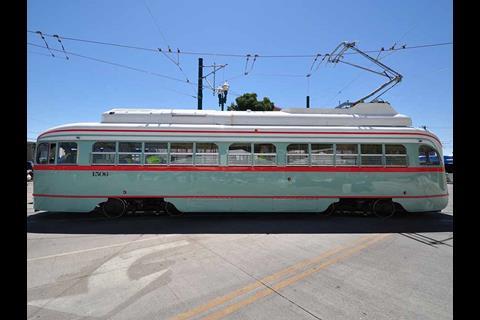 USA: The El Paso Streetcar opened to passengers on November 9 with a weekend of free travel.

The 7·7 km route is arranged in a single-track figure of eight serving 27 stops. The Uptown Loop service runs around both loops in one direction, whereas the Downtown Loop service only serves the southern loop.

Construction cost $97m and was managed by the Camino Real Regional Mobility Authority, which transferred responsibility for operations and maintenance to Sun Metro in early 2018.

Services are operated with a fleet of six PCC trams restored by Brookville Equipment Corp under an $18·8m contract awarded in 2015. They were manufactured by the St Louis Car Co in 1937 for the San Diego Electric Railway, which sold them to El Paso following the closure of San Diego’s network in 1949. They were withdrawn from service when El Paso’s original cross-border tramway closed in 1974.

Refurbishment work included door upgrades and installation of modern equipment including air-conditioning, a wheelchair lift, wi-fi, cycle racks and fareboxes. The vehicles have been repainted in heritage liveries.