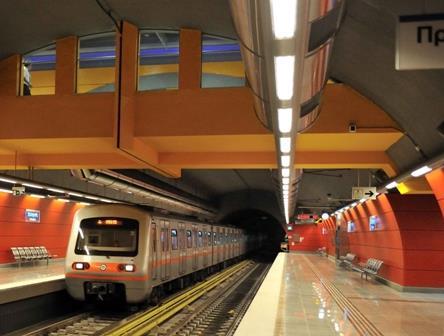 GREECE: Metro projects in Thessaloniki and Athens are to receive investment from EU cohesion funds, the European Commission announced on March 24. The grants form part of a €1·3bn funding package that would allow projects started in the 2007-13 EU budget period to be completed in the 2014-20 budget period.

The EU is providing €407m for the completion of the driverless metro line in Thessaloniki. Due to open in 2020, the metro would use a fleet of 24 trains and serve an estimated 247 000 passengers a day. A further €323m is to be put towards a southern extension of the line to Kalamaria.

A project to build a six-station extension of Athens metro Line 3 to Piraeus is to receive €261m. Due to open in 2020, the extension would require an additional 17 trainsets.

A 13-stop extension of the Piraeus tram network to the port is to receive €58m. The project would see the purchase of 25 trams. A further €18m is earmarked for the implementation of an automatic fare collection system covering all modes of public transport in the Athens metropolitan area. This would allow paper tickets to be phased out.

The funding package also includes €50m for upgrades to the Diakofto – Rododafni section of the Athens – Patras main line.