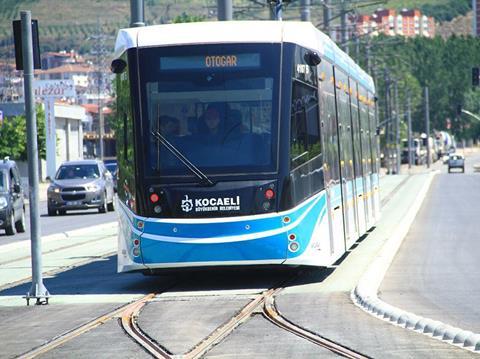 TURKEY: Kocaeli Metropolitan Municipality Mayor İbrahim Karaosmanoğlu announced three extensions of the Izmit tramway on October 3. These have been approved by Izmit Municipality.

The first phase of the city’s tram network opened in June 2017. The 7·4 km line runs from Otogar in the east and Sekapark in the west, from where an extension is being built to Plajyolu.

The recently approved extensions include a 1 km western extension from Plajyolu to Kuruçeşme and a 3·5 km extension from Yahya Kaptan to Alikahya stadyum in the east. There are also plans for a 3·5 km route from Bekirdere to Şehir Hastanesi.