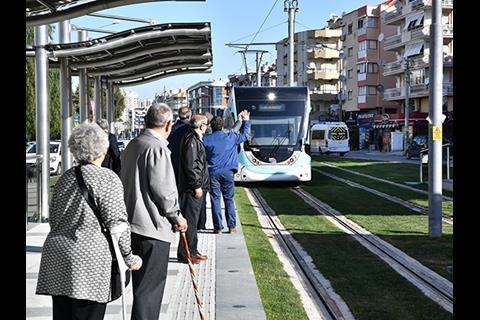 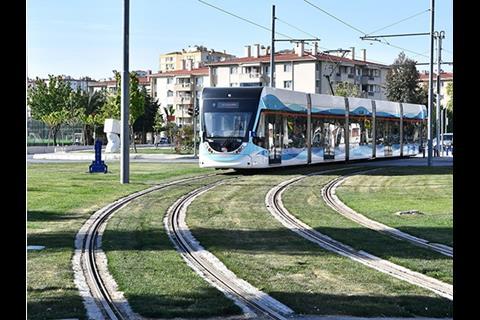 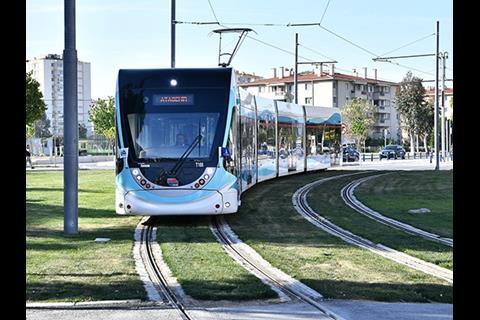 TURKEY: Izmir mayor Aziz Kocaoğlu attended the inauguration of the Karşıyaka tram line on April 11. Travel on the line is free until June.

The 8·8 km route with 14 stops runs along the northern coast of the Gulf of Izmir, linking Alaybey and Mavişehir stations on the city’s Izban suburban rail network. Grassed track is used on the coastal section and in the Atakent area. Construction began in April 2015, with Gülermak as contractor. Test running began in December 2016.

Service frequencies are 3 min at peak times and 5 min off-peak. The line has a design capacity of 8 900 passengers/h per direction and uses a fleet of 17 five-section low-floor trams supplied by the Eurotem joint venture of Hyundai Rotem and Tüvasaş.

There are plans to extend the line to Katip Çelebi University via Çiğli and Atatürk Organize Sanayi Bölgesi. Construction is due to start this year.

On the other side of the gulf, the 12·9 km Konak Line is due to open in October or November, using 21 trams being supplied under the same contract as those for the Karşıyaka Line.