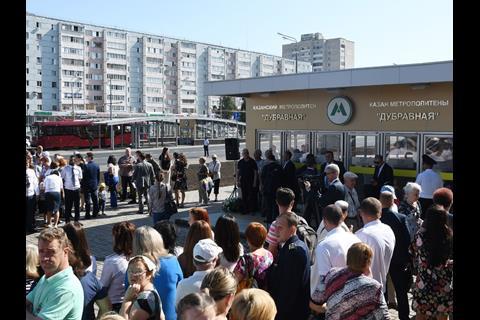 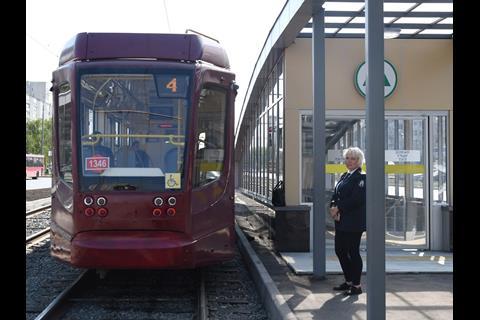 RUSSIA: President of Tatarstan Rustam Minnikhanov attended an opening ceremony for a one-station extension of the Kazan metro on August 30.

The 1 km extension runs southeast from Prospekt Pobedy to a new station at Dubravnaya, which becomes the 11th station on the single-line metro. Dubravnaya is 20 m below ground and is the first metro station in Kazan to accept contactless bank card payment at the ticket gates.

Construction of the extension started in 2014 and cost 5·2bn roubles. Test running began in May.

Dubravnaya was envisaged as the southern terminus of a planned second metro line, but the future of this project is uncertain, as recently approved transport plans focus more on light rail and buses.