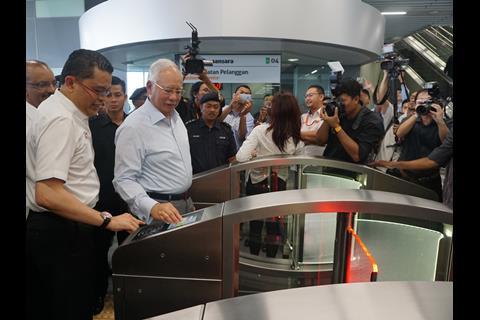 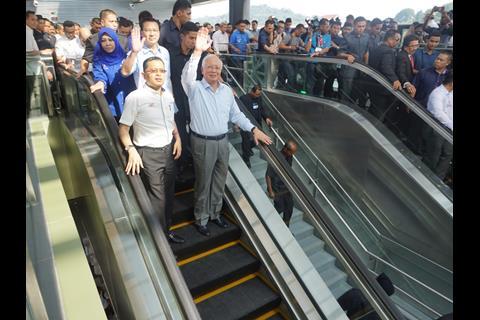 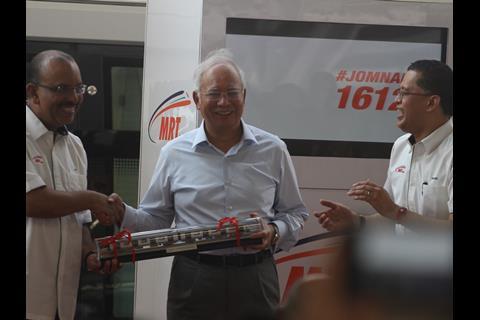 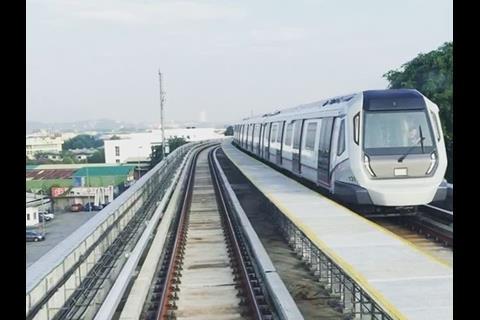 MALAYSIA: Passenger services began at 06.00 on December 16 the first phase of Klang Valley MRT Line 1, after the opening by Prime Minister Najib Razak at Kwasa Damansara station the previous day. The first month of travel is free.

The 21 km northern section of the route, also known as the SBK Line, serves 12 stations between Sungai Buloh and Semantan on an elevated alignment. The 30 km Phase 2 from Semantan to Kajang, which includes an underground section, is due to open in July next year.

Construction began on July 8 2011 and is being undertaken by the MMC Gamuda KVMRT joint venture. Contracts totalling just over 21bn ringgit have been let, below the initial project budget of 23bn ringgit. Project owner MRT Corp has handed over Phase 1 to Prasarana subsidiary Rapid Rail, which will operate the line.

Siemens is supplying a fleet of 58 four-car driverless trainsets under a contract awarded in 2012, of which 24 trains are being used to operate Phase 1. The trains are being assembled in Malaysia by local company SMH Rail at its plant in Rasa, with the car bodies being produced under sub-contract in China by CRRC Puzhen.

The SBK Line is the first of three metro lines planned for the Klang Valley. Constriction of the 56 km Sungai Buloh – Serdang – Putrajaya Line began on September 15, and a feasibility study is being carried out for Line 3.