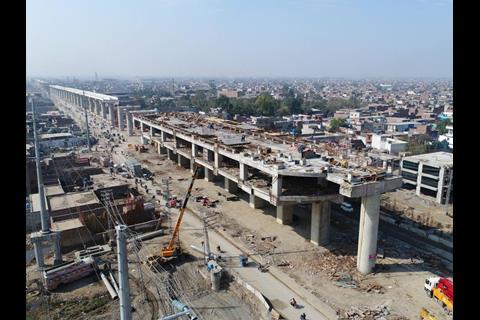 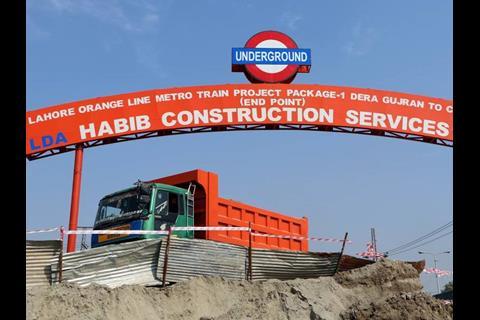 PAKISTAN: Industrial & Commercial Bank of China has signed an agreement to provide US$20m in short-term financing for the Orange Line metro project currently under construction in Lahore.

Work on the Orange Line began in October 2015. In December 2015 China Exim Bank signed a soft loan agreement for Rs162bn as part of China’s One Belt One Road initiative.

Linking Dera Gujran in the east with Ali Town in the west via the main railway station, the 27·1 km route will include a 1·7 km in cut-and-cover tunnel with three stations, as well as 21 stations on an elevated alignment. There will be a depot at the eastern end.

The project is being built to Chinese technical standards. Civil works between Dera Gujran and Chauburji are being undertaken by Habib Construction Services under a Rs21·4m contract. This 13·6 km section includes 11 elevated and two underground stations. A joint venture of ZKB and Reliable Engineering is the civils contractor for the western section.

A consortium of China Railway and Norinco is the E&M contractor, and opened a plant to produce concrete sleepers for the project in November. Local media reports that Norinco will also supply the rolling stock.