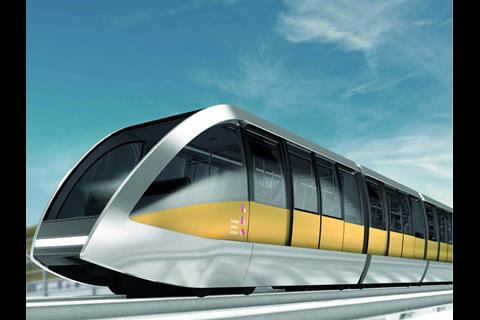 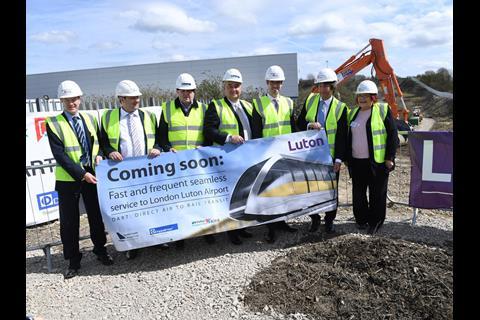 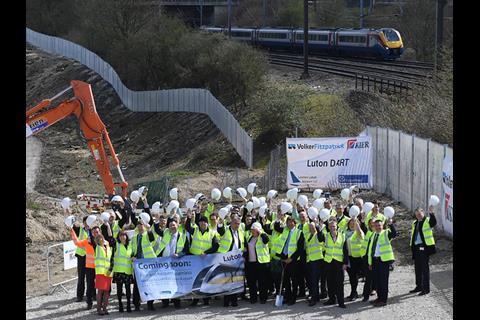 UK: A groundbreaking ceremony on April 17 offically launched construction of the £225m Luton DART peoplemover which will link Luton Airport Parkway station with the airport terminal.

Civil works for the 2·1 km line are being undertaken by a joint venture of VolkerFitzpatrick and Kier. The double-shuttle, fully-automated cable-driven peoplemover is to be supplied by Doppelmayr Cable Car UK Ltd, which has previously provided a similar system for Birmingham airport.

Opening is scheduled for spring 2021, with a peoplemover departure every 4 min at peak times and a journey time of ‘well under 4 min’.

Chair of the local authority-owned London Luton Airport Ltd Councillor Andy Malcolm said the airport was ‘experiencing unparalleled success’, with a 50% increase in passenger numbers since 2014. A total of 15·8 million passengers use the airport in 2017, and growth to 18 million/year is planned by 2021.

‘This investment by the council and its airport company will encourage and transform the experience of those travelling to the airport by rail, thereby helping to reduce congestion on the roads, and confirms our confidence in Luton’s potential for economic and employment growth’, Malcolm said, adding that the journey time from London St Pancras of less than 30 min would ‘beat Liverpool Street to Stansted Airport by 20 min and will be faster than Victoria to Gatwick Airport too.’