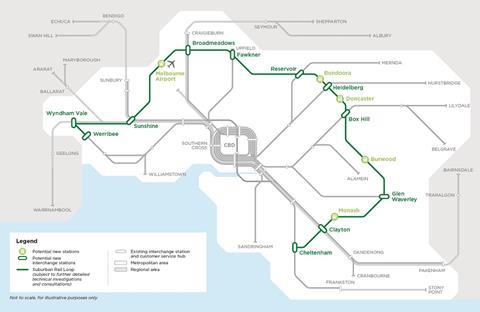 AUSTRALIA: The government of Victoria has established an authority to deliver the Suburban Rail Loop, and has selected a preferred alignment for the first phase.

The 90 km orbital suburban rail line would link existing stations at Cheltenham in the southeastern suburbs and Werribee in the west. The first phase would run from Cheltenham to Box Hill in the east. Interchange would be provided with every radial suburban rail line, and the new route would serve the airport.

The Suburban Rail Loop Authority is to be headed by Chief Executive Nick Foa, and would develop a business case ahead of the planned start of work in 2022. The government says that 20 000 jobs will be created during the construction phase.