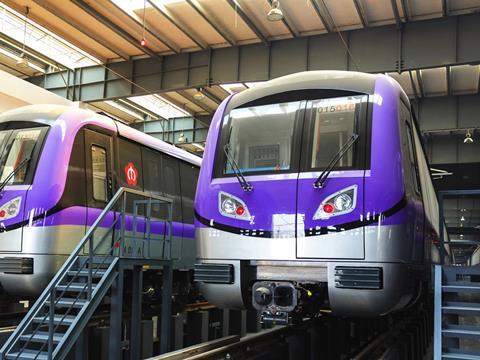 The 33·8 km east-west route links Xianlinhu with Longjiang. There are 18 stations, including interchanges with metro lines 1, 2 and 3. A western extension across the River Yangtze is planned.

Services are operated with a fleet of 29 six-car Type B trainsets supplied by CRRC Nanjing Puzhen Rail Transport Co under a 1·1bn yuan contract signed in 2013. Traction equipment was supplied by Alstom and its local joint venture Shanghai Alstom Transport Electrical Equipment Co. The trains are stabled at a depot near Huitonglu that is shared with Line 2.