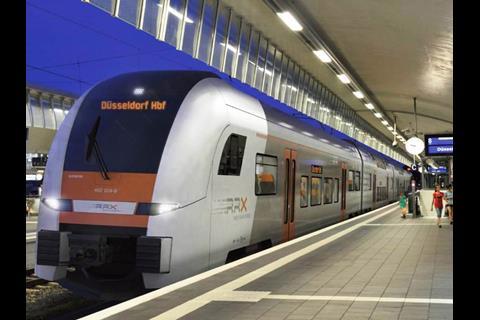 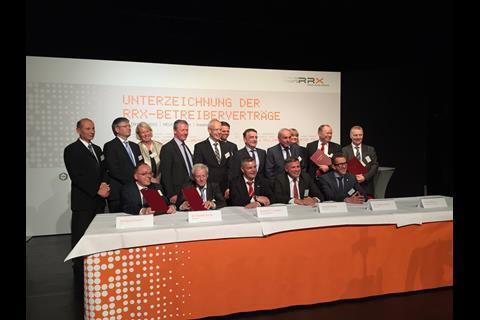 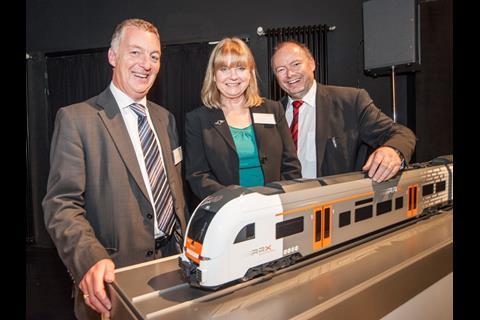 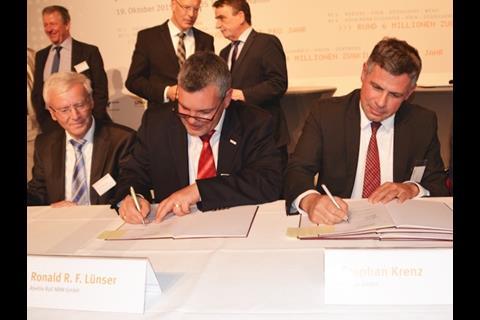 GERMANY: Contracts for the operation of Rhein-Ruhr-Express passenger services from December 2018 to December 2033 were signed by National Express, Abellio and a group of five transport authorities at a ceremony in Hamm on October 19.

The five RRX routes totalling around 14·6 million train-km per year were tendered as three lots in an effort to encourage bids from smaller operators. Five companies submitted offers by the March 20 deadline, and National Express and Abellio were named as preferred bidders on June 16.

National Express will carry around 18 million passengers/year and generate revenues of around €1·6bn over the life of its two 15-year contracts. ‘We are delighted with this important landmark for our German rail business’, said Andrew Chivers, Managing Director for Rail, adding that National Express was ‘leading the way among British transport companies by winning these contracts in Germany.’ National Express is to launch its first German services in December when it takes over Rhein-Münsterland-Express services between Krefeld, Köln, Bonn, Wuppertal and Munster. It is also preferred bidder for the Nürnberg S-Bahn contract, although DB has launched a legal challenge.

RRX procurement has been led by Rhein-Ruhr transport authority VRR, in partnership with its counterparts from Rheinland, Westfalen-Lippe, Rhineland-Pfalz Nord and Nordhessen. It has been undertaken in three parts, covering the supply and maintenance of the electric multiple-units, financing and operations.

On March 26 Siemens was awarded a contract worth more than €1·7bn for the supply of 82 Desiro HC high-capacity partly double-deck electric multiple-units, including 32 years of maintenance at a new depot which it is to build at Dortmund-Eving.

A funding package for RRX was announced on July 16 and includes a €340m long-term loan from European Investment Bank and €283m from KfW IPEX-Bank, with additional funding from Helaba (Landesbank Hessen-Thüringen).

The transport authorities were advised on the procurement by law firm Heuking Kühn Lüer Wojtek.