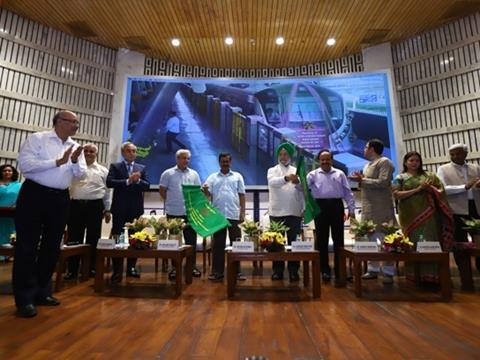 INDIA: Passenger services on the first phase of Delhi metro Line 7 began on March 14, taking the city’s network to 252 route-km with 185 stations.

The route between Majlis Park and Durgabai Deshmukh South Campus is 21·6 km long with 12 stations. When completed, Line 7, also known as the Pink Line, will form a 58·4 km U-shaped route from Mukundpur to Shiv Vihar.

The first 12·6 km section of Line 8 was inaugurated on December 25. As with Line 7, Line 8 is being built as part of the metro’s Phase III expansion programme. To date 62 km of Phase III has been opened, with 98 km still to come.