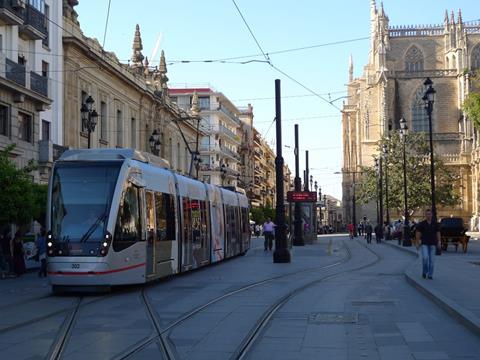 SPAIN: Sevilla municipality is moving ahead with a long-planned extension of the city’s tram line by calling tenders for the design work, worth €484 000.

The 1·8 km extension would take the 1 435 mm gauge Metrocentro line east from its current terminus of San Bernardo, before turning north to reach Santa Justa railway station. There would be three intermediate stops. Work is expected to take 20 months, and the city is seeking EU co-funding or an EIB loan.

The first 2·2 km phase of the tram line opened in 2011, serving five stops between Plaza Nueva and San Bernardo. A fleet of four CAF Urbos vehicles is used.