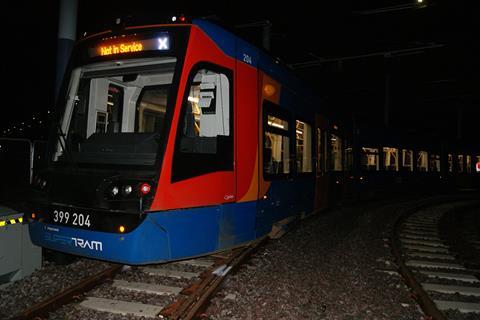 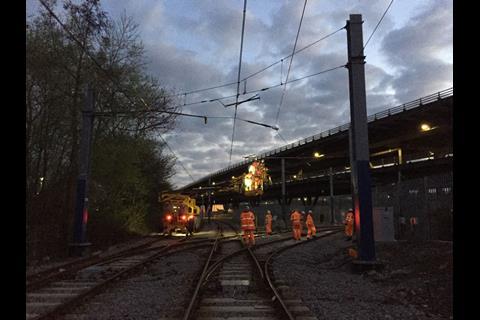 UK: One of Stagecoach Supertram’s Vossloh Class 399 Tramlink tram-train vehicles operated on the national railway network for the first time during the early hours of May 10.

Running under a possession, the tram left the Sheffield light network and ran over Network Rail infrastructure as far as the Magna science park on the outskirts of Rotherham.

This followed the completion on April 21-22 of work to install 750 V DC overhead electrification on the Tinsley Chord, a short section of track which has been built to link the tram network with a Network Rail freight line. The chord was handed over to Supertram on May 8.

Further trial runs on the Network Rail section of the line to Rotherham in the early hours of May 11 included the use of a DB Cargo Class 66 locomotive to test recovery procedures.