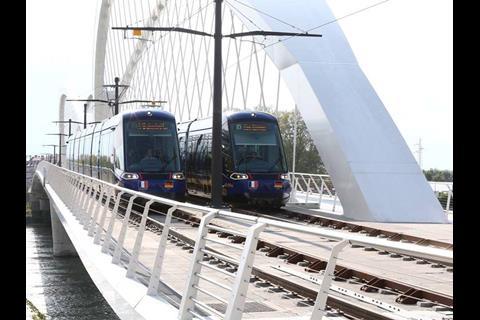 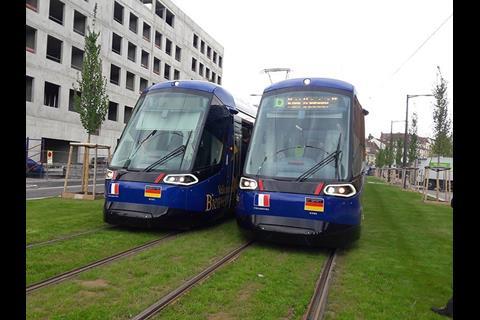 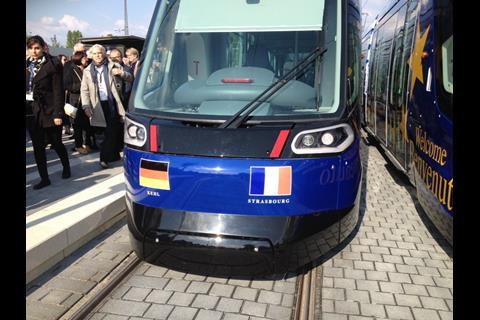 FRANCE: April 29 marked the start of tram services from Strasbourg into Germany, following a ceremony the previous day with French and German officials.

German Chancellery Chief of Staff Peter Altmaier called the start of services ‘an especially important, perhaps historic event’, and praised the co-operation between the two countries, as well as the role of the EU.

Operator CTS signed a framework contract with Alstom in November 2014 for up to 50 trams. The 12 trams from the base order are now in service on Line D and Line A, which was extended a year ago. Earlier this year CTS exercised an option for a further 10 trams.

Alstom also installed overhead wires for the Line D extension, and was responsible for laying 300 m of track on the Rhine Bridge.