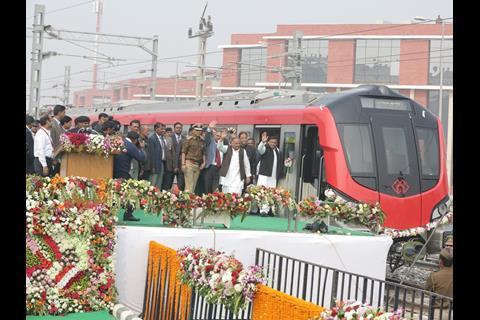 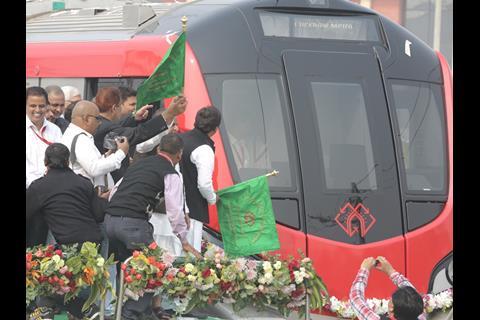 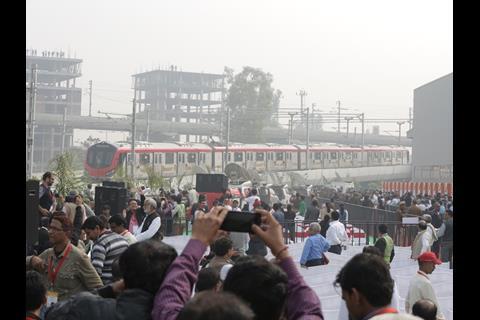 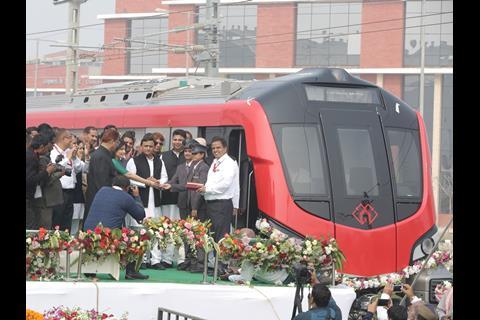 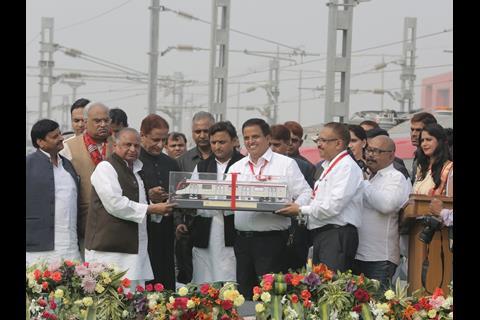 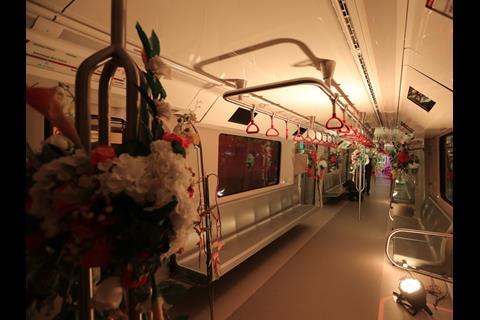 INDIA: Uttar Pradesh Chief Minister Akhilesh Yadav flagged off a train to mark the official start of test running on the Lucknow metro on December 1.

Lucknow Metro Rail Corp is conducting tests on a 5 km section between Transport Nagar depot and Alambagh of the city’s first metro line at speeds of up to 15 km/h.

Construction of an initial 8·5 km Transport Nagar – Charbagh ‘priority corridor’ began in September 2014, and commercial operations are due to begin on this section on March 26 2017. Work will then continue to complete a 23 km north-south line across the city.

On November 4 Alstom handed over the first of 20 four-car Metropolis trainsets that it is building at its Sri City factory in Andhra Pradesh. Alstom’s €156m contract also includes the supply of Urbalis CBTC signalling.