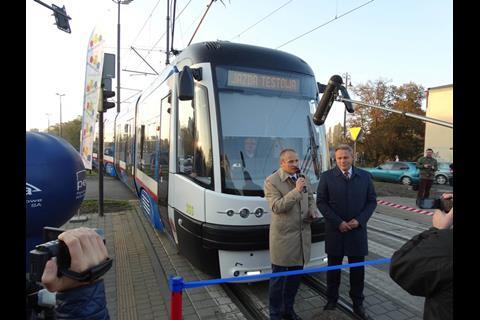 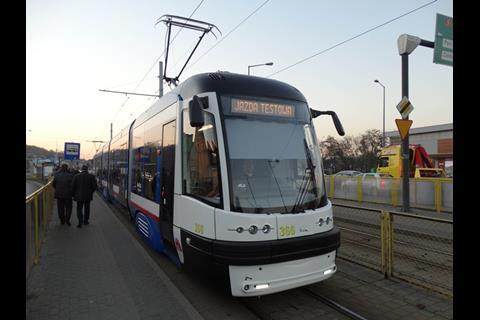 POLAND: Pesa presented a pre-series prototype Swing tram for Bydgoszcz on October 30, six months ahead of the original schedule.

The Tramwaj Fordon subsidiary of Bydgoszcz city council ordered 12 Swing for 109m złoty earlier this year for use on the 9·5 km Fordon extension.

The prototype will undergo two months of trials so that Pesa can test features which have been installed to cope with gradients of up to 6% and sharp curves on the metre gauge network. Series deliveries are due to take place next year.