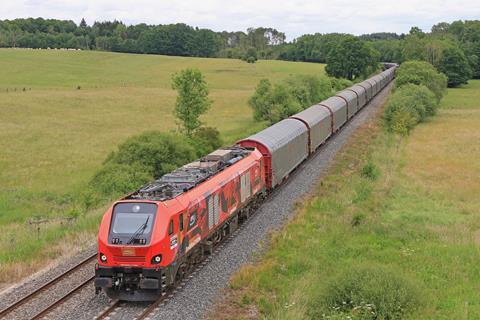 FRANCE: The government announced on September 3 its intention to provide a financial support package for the rail sector worth €4·7bn as part of a post-pandemic recovery plan.

Transport Secretary Jean-Baptiste Djebbari said that the funding package, which forms part of a wider national programme termed France Relance, would help to reinforce the investment priorities set out since the national railway reform programme concluded in June 2018.

These include the ‘economically efficient’ renewal of the conventional network, more support for rail freight and investment in rural and secondary lines. This would be undertaken in partnership with regional authorities, with a particular focus on areas where there is limited access to ‘equivalent forms of public transport’.

The government says that it expects more regions to follow the lead of Grand Est and Centre-Val-de-Loire in using tendering processes to pave the way for reopening and rehabilitation of rural routes. 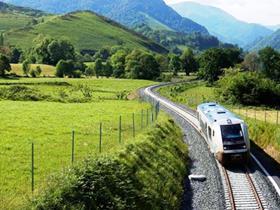 In announcing the France Relance package, the government said that its success would be measured by a series of metrics reflecting not just progress in economic recovery but also in preparing the country for the longer term, notably the need to address climate change.

In rail, these metrics will include the number of branch lines placed on a sustainable footing, the number of freight terminals built or reactivated, and the scale of the relaunch of overnight sleeping car services. Other key measures would include level crossing safety improvements and accessibility work at stations.

Of the €4·7bn allocation, €2·3bn will go towards ‘accelerated renewal of the main line network’ with a particular focus on switches, crossings and other assets at key nodes. A further €1·5bn is to be spent on renewing bridges and structures and on finding environmentally friendly alternatives to glyphosphates for managing lineside vegetation and weeds.

A number of main line corridors are to be identified as strategic freight axes based on their proximity to key traffic generators, and SNCF Réseau will be expected to take freight flows into greater account when arranging maintenance and enhancement work.

Speaking to Le Parisien newspaper, Djebbari confirmed that the government was providing €100m to support refurbishment of rolling stock ahead of the relaunch by 2022 of two overnight trains linking Paris with Nice, Tarbes and Hendaye. These two routes would complement SNCF’s existing services to Briançon and Rodez.