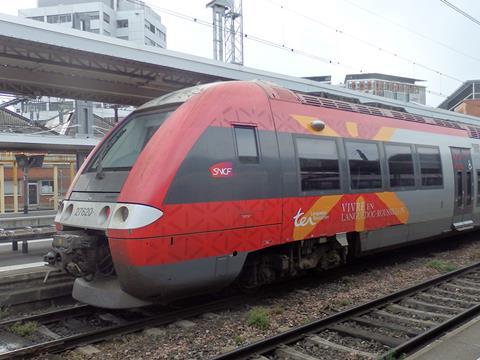 FRANCE: Recommendations on the approach that the government should adopt in legislation to allow regional passenger services to be put out to tender were published by the organisation representing regional authorities on January 9. Régions de France had conducted a series of hearings between March and July 2017, taking evidence from operators, infrastructure managers, regulators and other bodies including user groups. With the French government required to transpose the Fourth Railway Package into national law by December 25, this spring is expected to see the publication of legislation that would allow the regions to tender TER services currently operated by SNCF Mobilités. Given that they expect preparations, tendering and mobilisation to take up to three years, the regions says that this legislation must be passed before summer 2018, which would enable them to sign a contract or undertake operations in-house from December 3 2019.

The national framework should also enable those regions wishing to retain SNCF to directly award it an operating contract running until the end of 2023. New French law should not go further than the European legislation, say the regions, enabling direct awards after 2023 under certain conditions.

The legislative framework to be adopted in France should be flexible, enabling the regions to choose the size and duration of contract best suited to their needs. They should also be free to decide on the deployment of rolling stock they have purchased, to assist the operator in train procurement or to establish a rolling stock leasing company alone or with other regions.

On staffing issues, only those personnel ‘directly and principally’ deployed on regional services should be transferred to the new operator, following principles that have demonstrated their efficiency in the urban transport sector. The regions say that changing working practices and developing a multi-skilled workforce will be one of the principal means of improving efficiency.

Believing that TER financial and operating data provided by SNCF Mobilités has not been sufficiently detailed nor useful, the regions say that the new law should be ‘extremely clear’ on the minimum information that the national operator and its eventual successors should provide. The legislation should differentiate between the information required for tendering and that required to manage an operating contract, with non-compliance liable to enforcement action by rail regulator Arafer.