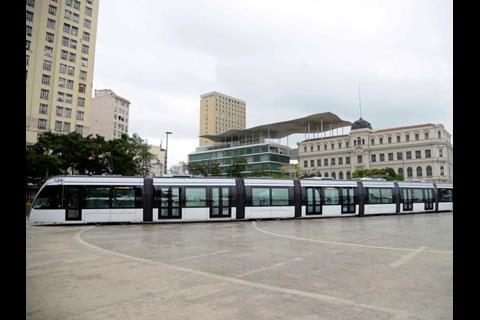 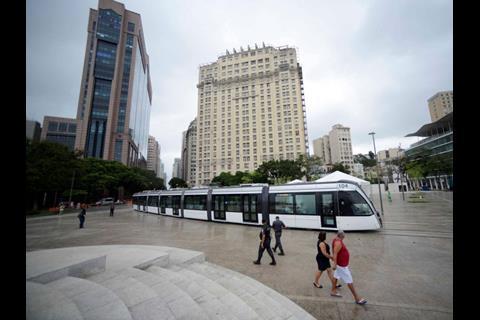 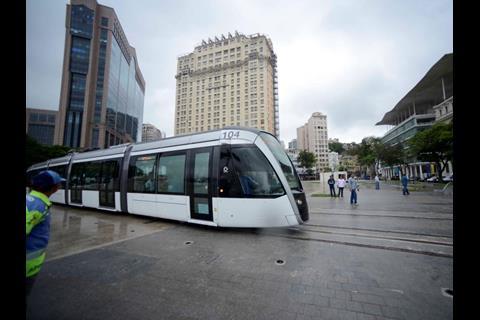 BRAZIL: Test running with passengers started on the central section of the VLT Carioca tram route in Rio de Janeiro on November 21. Mayor Eduardo Paes was among those on the inaugural tram.

The first phase from Santos Dumont Airport to Rodoviária Novo Rio is due to open in April 2016 in time for the Olympic Games. This will have 18 stops and an end-to-end journey time of 30 min.

A total of six lines are planned, with a combined length of 28 km and 32 stops. Average operational speed is envisaged to be 15 km/h and services will run 24 h a day.

The network will be operated using a fleet of 32 Alstom Citadis trams ordered in 2013. The first five have been produced in La Rochelle, with the rest coming from Alstom’s Brazilian factory in Taubaté.

The network is being built by the VLT Carioca consortium of Companhia de Concessoes Rodoviarias, Odebrecht Transport, Invepar, Riopar, BRT and RATP Dev under a contract awarded in April 2013. RATP Dev will operate the network for 25 years.

Around half of the total project cost of R$1·156bn is being financed by the federal government and the remainder through a PPP.