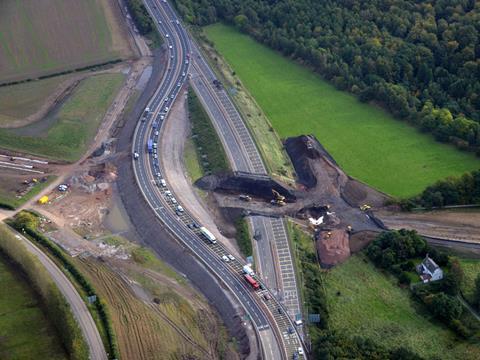 UK: The Edinburgh City Bypass has been temporarily diverted to enable a section of its embankment to be replaced by a 40 m bridge to carry the busy road across the future Borders Railway.

Infrastructure manager Network Rail says that more than 250 000 tonnes of earth have been removed from the site, and will be used to create embankments elsewhere on the route.

Completion of the bridge is scheduled for late spring 2014, when the diversion will be removed and the original road layout reinstated.