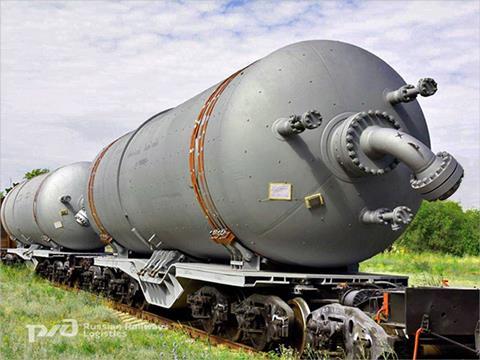 RUSSIA: The Russian Railways Logistics subsidiary of national railway company RZD has successfully moved an out-of-gauge load weighing a total of 334 tonnes from the Atomenergomash plant at Volgodonsk to an oil refinery at Ryazan.

The refinery equipment was carried on two 12-axle wagons. Its route was planned by the special projects department of RZD's Central Directorate of Traffic Control, with the load travelling in a single train in order to reduce the impact on capacity while the rail network is busy with summer passenger traffic.