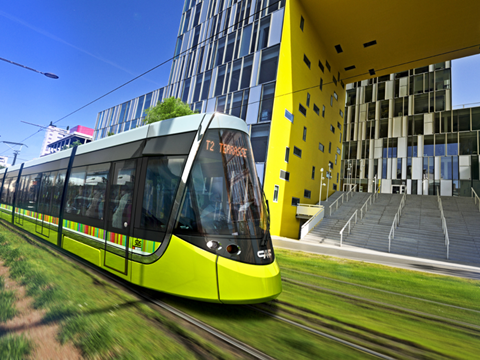 FRANCE: Saint-Etienne has selected CAF to supply 16 Urbos trams for its metre gauge network. The contract, announced on December 10, is worth €42m, with the first vehicles scheduled to be delivered in early 2016.

In contrast to the current fleet, the 100% low-floor five-section trams would be bidirectional. They would be 33 m long and 2 150 mm wide.

CAF has supplied trams to Nantes and Besançon in France, and was recently awarded a contract to refurbish 36 two-car metro trainsets in Lyon.