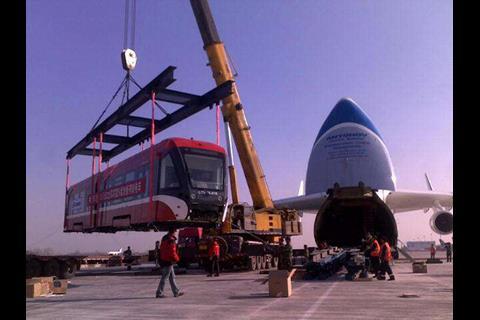 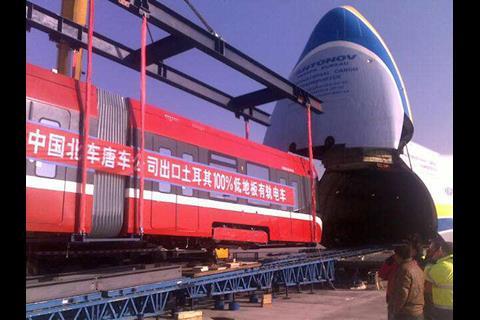 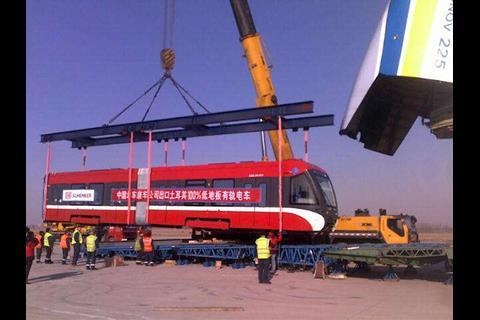 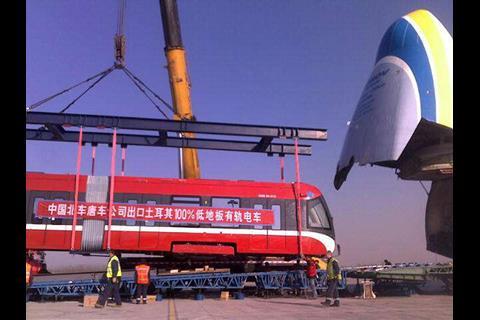 TURKEY: The first of five trams which Samsun Metropolitan Municipality ordered from CNR Tangshan Railway Vehicles has been delivered from China to Turkey onboard the world's largest heavy freight aircraft.

The €7·5m contract signed on December 17 2012 required the first tram to be delivered by December this year, with the last due by February 2014.

The trams were due to be shipped by sea, however Typhoon Haiyan would have caused the deadline to be missed and so CNR Tangshan selected the faster but more expensive option of flying the initial vehicle from Shijiazhuang Zhengding International Airport to Samsun-Çarsamba airport onboard the Antonov Airlines An-225 Mriya, which was originally developed to transport the USSR's Buran spacecraft.

The trams are the first 100% low-floor cars CNR Tangshan has built for export, with a floor height of 350 mm. The four-section aluminium-bodied vehicles are 42 m long, 3·5 m high, 2 650 mm wide, and weigh around 60 tonnes. Their maximum speed will be 70 km/h, and they are suitable for a minimum curve radius of 19 m. The trams will operate from a 750 V DC overhead supply, and will be equipped for regenerative braking.

They offer a 25% increase in capacity compared to the 32 m long Sirio trams which AnsaldoBreda supplied to Samsun for the opening of the 17 km tramway in October 2010.