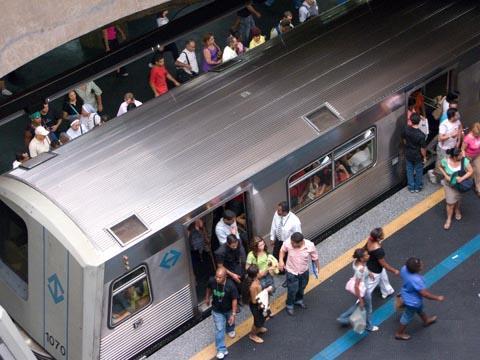 BRAZIL: The first of 26 modernised trainsets for Line 1 of the São Paulo Metro was unveiled on December 8. The 30-year-old six-car sets are being refurbished at Bombardier's Hortolândia plant near São Paulo by a Bombardier-led consortium including Tejofran and Temoinsa.

São Paulo metro operator CMSP awarded Bombardier a €139m contract to refurbish the 26 trains in June 2009. The work includes upgrades to the door systems and bogies, along with new interiors, windows, traction and communications equipment, as well as air-conditioning.