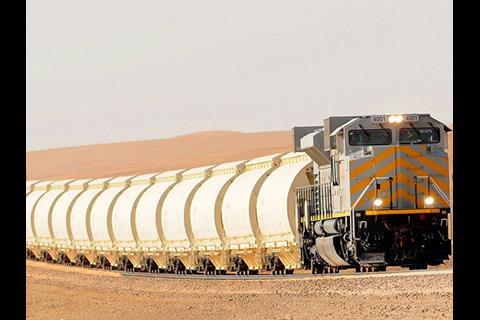 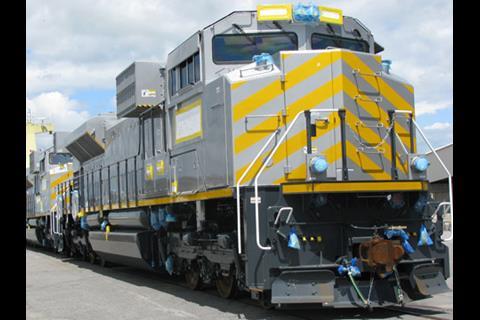 SAUDI ARABIA: Saudi Railway Company has invited expressions of interest for a concession to maintain and operate the North-South Railway, under a tendering process being supported by management consultancy A T Kearney.

SAR is looking for national and 'world-class' international companies to take responsibility for train operations, infrastructure management and rolling stock maintenance. Companies submitting an expression of interest would receive a request for information, followed by a request for proposals as part of the contract award process.

Eventually expected to total more than 3 000 route-km, the 20bn riyal NSR network includes the Mineral Route linking the phosphate mines at Al Jalamid with processing and export facilities at Ras Al Khair on the Gulf coast. This line is largely complete, with trains already operating under provisional arrangements.

Construction is still underway on the second phase, which will add branches north and south to create a mixed-traffic network carrying passenger and general freight trains between Riyadh and Al Haditha near the border with Jordan. According to SAR, around 460 km of the trunk route would be shared by the mineral and mixed-traffic operations. A third element in the package covers the internal rail network at Jubail Industrial City, which would be connected to the Mineral Route at Ras Al Khair.

In the longer term, the NSR is expected to connect with the existing Saudi Railways Organization line in Riyadh and the future Saudi Landbridge project, which will include a 115 km coastal connection between Jubail and the SRO railhead at Dammam.