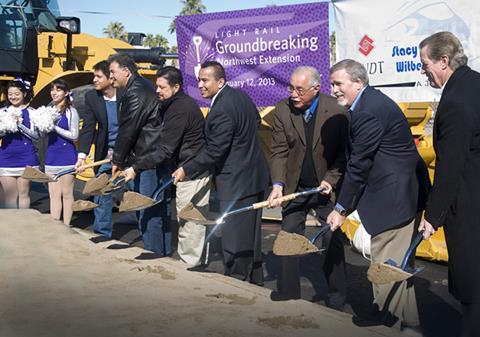 The first phase of the Northwest Extension will take the line from Montebello to Dunlap Avenue, adding 5·1 km and three stations. It is expected to open in late 2015 or early 2016. The second phase, due to open in 2026, will see the line run to Metrocenter Mall.

The extension was originally scheduled to open in 2012, but the economic downturn caused it to be put on hold. The estimated cost of construction of Phase I is US$300m. AECOM is the design contractor, and construction work will be carried out by Sundt and Stacy & Witbeck.

This is the second expansion of the Valley Metro network, which opened in December 2008. Construction on an extension to Central Mesa began in July last year. A total of six extensions are planned, which will expand the system to 92 route-km by 2032.