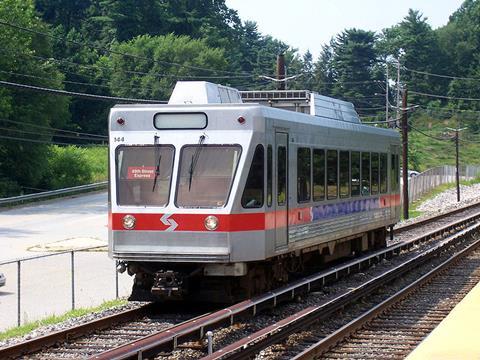 USA: SEPTA, the transport authority which provides urban and suburban rail services in the metropolitan area around Philadelphia, plans to double its annual capital expenditure of $300m by 2018 under a wide-ranging investment programme.

At a board meeting on December 19, SEPTA officials proposed a multi-year spending programme entitled ‘Catching Up’ to renew infrastructure, enhance stations and acquire vehicles across its suburban rail, light rail and streetcar routes. This would overcome what the agency reports to be a $5bn backlog in repairs and maintenance.

SEPTA’s increased funding stream stems from a transportation bill narrowly approved by the Pennsylvania state legislature in November. SEPTA General Manager Joseph Casey had earlier in the year outlined a ‘doomsday scenario’ of service cuts and line closures had further investment not been forthcoming.

High on the list of infrastructure priorities are a series of bridge replacements on the Media/Elwyn suburban line, and renewal or replacement of the substations which feed the overhead power supply on the suburban network. Electrical switchgear would be overhauled, and catenary replaced on several lines. Rolling stock spending would see SEPTA’s remaining Silverliner IV EMUs retired, whilst new electric locomotives and double-deck coaches would replace its AEM-7 fleet on local services on the Northeast Corridor.

Other improvements include a programme of track renewals across SEPTA’s two metro lines, eight Trolley routes and the Norristown High Speed light rail line, plus refurbishment of the city centre Trolley tunnel. Several stations are also planned for refurbishment, while a programme of repairs is envisaged for the large subterranean pedestrian concourses which link the various urban rail lines in the centre of Philadelphia.