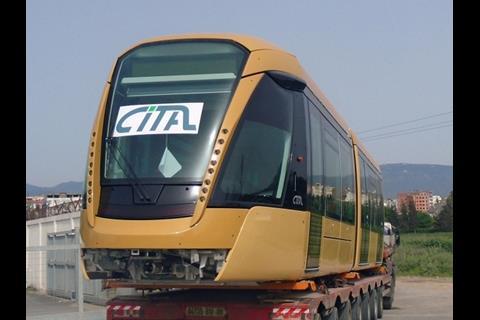 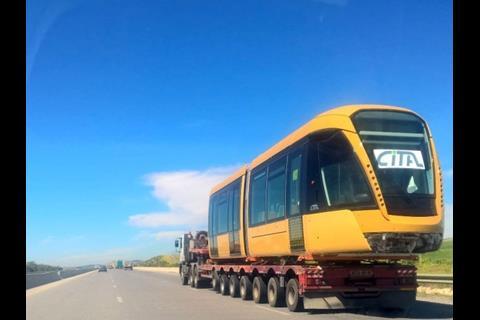 ALGERIA: The first tram for Sidi Bel Abbès has started dynamic testing on 4 km of the first 14·5 km of the city’s tram route, which is due to open for passenger service in late 2016.

The CITAL joint venture of Alstom, Ferrovial and Entreprise Métro d'Alger is producing 30 Citadis 402 trams at its factory in Annaba. The seven-section low-floor tram is 44 m long with capacity for 302 passengers. It has one non-driven and three driven bogies, enabling it to run at 70 km/h. The interior is equipped with air-conditioning, CCTV and wheelchair spaces. According to CITAL, the golden yellow livery represents the wheat fields that are a symbol of the region.