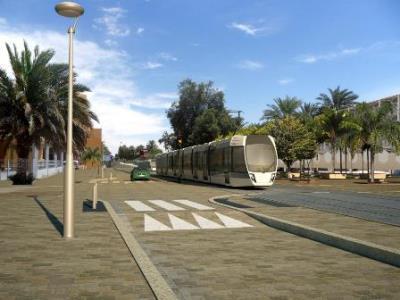 ALGERIA: The Ministry of Transport has awarded a consortium of Rover Alcisa, Elecnor and Assignia Infrestructuras a €228m contract to build a tram line in Ouargla. The project is being developed by Enterprise du Métro d’Alger, the urban rail construction agency that is also responsible for several other light rail projects in the country.

The 12·6 km line with 23 stops will connect the city centre with the university campus. In addition to the trackwork, electrification and stops, the contract includes signalling and communications, five substations and a depot with space for 24 trams.

The on-street route will necessitate street remodelling that will also introduce cycle lanes and wider pavements. Car parks are to be built on the outskirts of the city to encourage park and ride travel. The route will include one motorway crossing on an arch bridge.

The Algerian government plans to build tram lines in 14 cities. Those in Alger and Oran are already operational, and the Constantine tram is due to open to passengers next month.