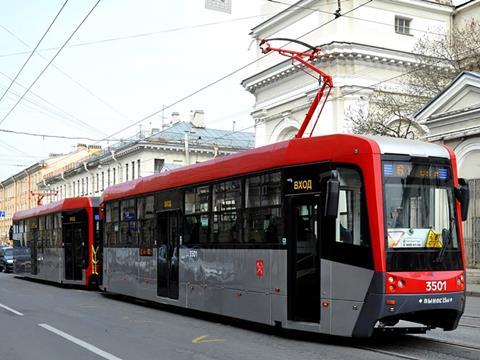 RUSSIA: The St Petersburg city authority announced on April 11 that it had selected the Transportnaya Koncessionnaya Kompanya consortium of Lider Group and LSR Group for a 30-year build, operate, transfer concession for a fast tram network. The contract is due to be signed within a month.

The concessionaire would modernise to fast tram standards and operate tram routes 8 and 64, as well the Prospekt Nastavnikov – Bolshaya Porokhovskaya corridor served by routes 7, 10 and 30. It is also expected to build a new depot on Industryalny Prospekt and purchase 20 five-section and five three-section trams. Reports indicate that Stadler Minsk is the preferred bidder for the rolling stock.

Design work should take up to 30 months. The estimated 6·5bn rouble cost would include 1·3bn roubles from the city budget. The concessionaire is expected to spend 33·7bn roubles during the 30-year contract period, and revenues of around 22·4bn roubles are envisaged.