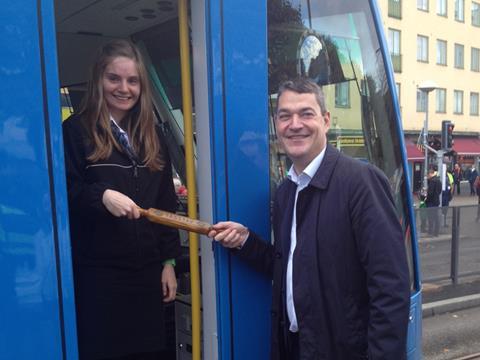 The extension includes a 0·8 km tunnel. It adds seven stops to the line, with two providing access to branches of the metro's Blue Line. Signalling was supplied by GE Transportation.

The line is to be extended one stop to Solna station during 2014, and feasibility studies have been undertaken for a northwestern branch to Kista and Helenelund.