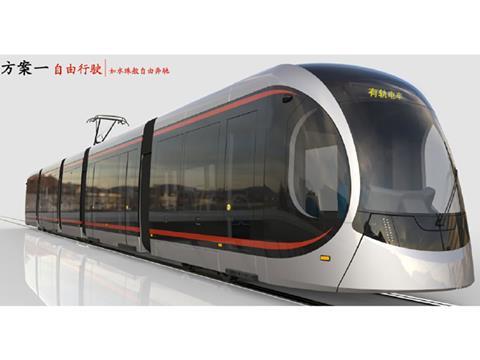 Construction of Line 2 started in July 2014. The 15 km route running from Suzhou Bei railway station to Longan Lu is the second of six routes planned for the city’s southwestern Gaoxin district.

Line 1 opened in October 2014 and is operated with a fleet of 18 low-floor trams supplied by CRRC Nanjing Puzhen under a technology licensing agreement with Bombardier Transportation. These five-section vehicles are based on Bombardier’s Flexity 2 design.