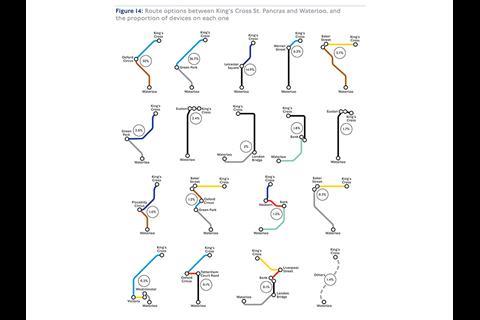 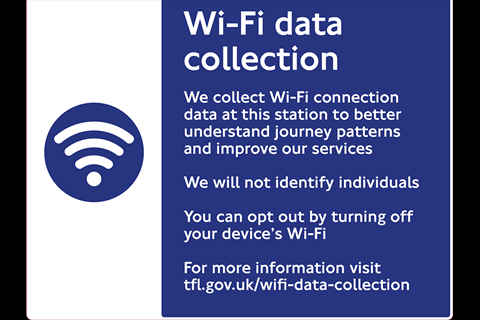 UK: Transport for London is to begin collecting depersonalised wi-fi data from passengers’ mobile devices to obtain a better understanding of how people travel around the London Underground network.

A four-week pilot scheme in 2016 collected more than 509 million depersonalised items of data from 5·6 million mobile devices making around 42 million journeys. Results that TfL said it could not have obtained from station entry and exit data or surveys included the finding that passengers travelling between King’s Cross-St Pancras and Waterloo took at least 18 different routes, with around 40% of travellers not taking two most popular routes.

The system has been developed in-house by TfL, and uses the media access control address which wi-fi enabled devices send when searching for nearby routers. The data is automatically depersonalised, and browsing or historical data is not collected.

TfL said it had worked with the Information Commissioner’s Office to address privacy concerns. Individual customer data would ‘never’ be shared and users would not be personally identified. People can opt out by turning off the wi-fi on their device.

Data collection is scheduled to begin on July 8, and TfL said passengers would start seeing benefits later this year. This could include the provision of station crowding data via the TfL website and TfL’s API to help users better plan their routes; warnings about congestion at ticket halls or platforms; and providing station staff with the latest information when they are assisting customers.

A better understanding of passenger flows through stations would also allow TfL to better demonstrate the effectiveness of its commercial advertising sites.