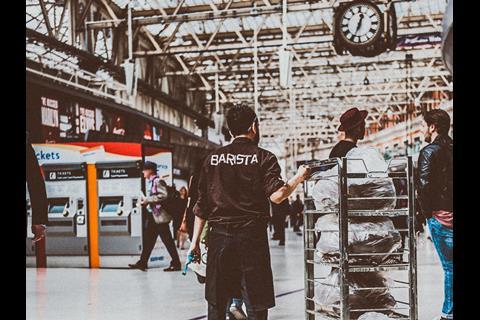 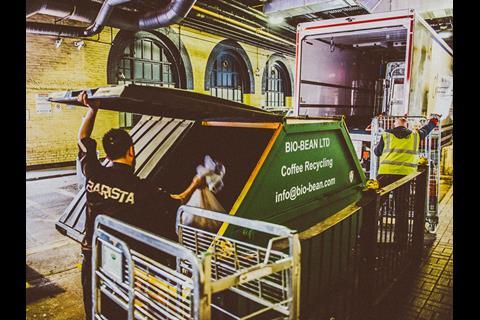 UK: Following a successful trial, infrastructure manager Network Rail and Bio-bean have signed an agreement for waste coffee grounds from London’s Euston, King’s Cross, Liverpool Street, Paddington, Victoria and Waterloo stations to be recycled into biofuel pellets which can be used for heating homes, offices and factories.

Bio-bean’s coffee waste recycling factory has the capacity to process 50 000 tonnes of waste coffee grounds a year. Network Railway said each tonne can provide 5 700 kWh, and the 700 tonnes that the stations generate each year could power 1 000 homes. It would also be cheaper than disposing of the waste as landfill.

‘Millions of cups of coffee are bought in our stations every year and that number is growing as passenger numbers continue to rise’, said David Biggs, Managing Director of Property at Network Rail. ‘This partnership will see the waste from those purchases put to good use, creating biofuels that can be used in vehicles and to heat homes and saving more than 5 000 tonnes of carbon dioxide from entering the atmosphere.’