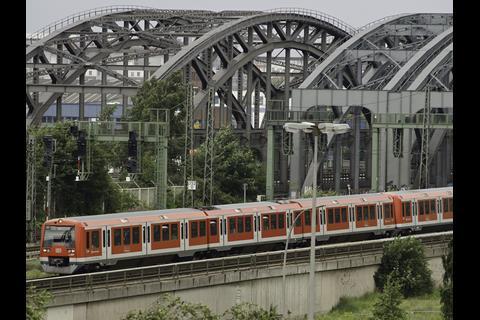 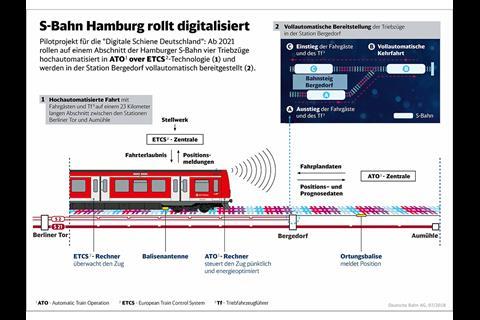 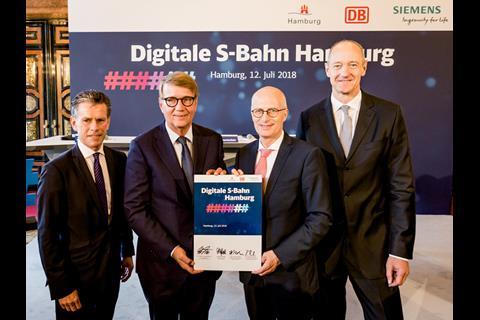 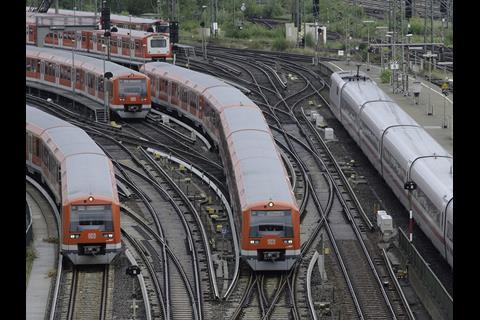 GERMANY: The Digital S-Bahn Hamburg agreement to automate operations on a section of the city’s suburban rail network was signed by the mayor, Deutsche Bahn and Siemens on July 12.

The partners have agreed to share the €60m cost of the pilot phase of the project, which aims to have four trains operating automatically on a 23 km section of Route 21 between Berliner Tor Bergedorf and Aumühle by the time the city hosts the World Congress for Intelligent Transport Systems in October 2021.

A driver would be retained, but would only intervene in the event of irregularities. Trains would also operate unattended for around 1 000 m when entering and leaving a siding near Bergedorf station.

Assuming the pilot phase is successful, the longer-term plan is to automate the entire Hamburg S‐Bahn network. This would mean ‘considerably more people can be transported with higher capacities on the same line, energy consumption can also be cut, and costs for the operator can be reduced’, said Dr Roland Busch, Chief Technology Officer at Siemens.

DB said the Hamburg deployment would act as a pilot for other German cities by using standard European technologies and complying with federal regulations in force on the national rail network, rather than the rules which apply to self-contained metro networks such as in Nürnberg.

‘We are starting to digitalise operations on one of our most important S-Bahn networks in Germany’, said Ronald Pofalla, DB management board member for infrastructure. ‘This is a milestone in our future‐oriented Digital Tracks for Germany programme, for it marks the launch of the biggest technological change in years. This project will be an important reference for designing and developing the intelligent and climate‐friendly rail networks that we need, especially in large cities.’