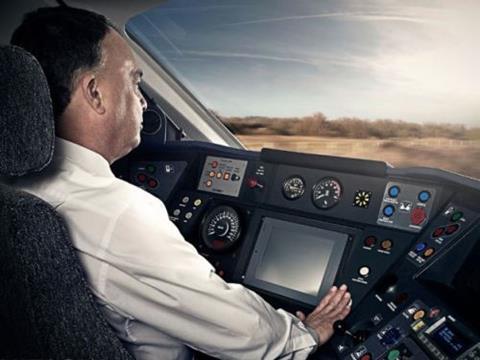 UK: Rail safety regulator ORR has approved Hitachi Rail Europe’s onboard ETCS equipment for use in passenger service, the company announced on September 7.

The formal Authorisation to Place in Service was issued following the successful completion of trials on the Cambrian line, which runs from Shrewsbury to Aberystwyth and Pwllheli. Hitachi onboard ETCS equipment had been fitted to a Class 37 diesel locomotive in 2013 for a series of trials which confirmed that it could operate successfully with the lineside ETCS supplied by Ansaldo STS, now also part of Hitachi Rail Europe.

Hitachi says it is the first train manufacturer in the UK to have its ETCS onboard equipment authorised by the rail regulator for use on passenger trains. Describing approval as ‘a big step forward for digital innovation on the UK rail network’, Project Director Andy Rogers added that 'Hitachi is hugely proud to be the first to achieve this milestone, which is a testament to the hard work of our testing and signalling teams. Our thanks go to Network Rail for its role in achieving this milestone and we look forward to working with them to implement ETCS across the network.’

The Hitachi onboard ETCS equipment is to be fitted to more than 160 trains that the company is building. The first of the Class 800/801 trainsets being supplied as part of the Intercity Express Programme are due to enter passenger service on the Great Western Main Line next year. One of the pre-series IEP sets now undertaking test running is expected to begin trials at Network Rail’s ERTMS National Integration Facility near Hertford within the next few weeks.