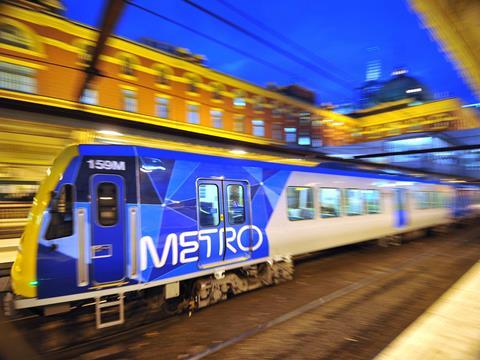 AUSTRALIA: Metro Trains Melbourne is to test bearing and wheelset monitoring sensors supplied by Perpetuum which are powered by the train’s vibrations.

Electrical energy is generated by using an oscillating magnet which induces a voltage in the coil. This powers the vibration and temperature sensors, which provide data that can be accessed in real time by maintenance staff and used to predict the failure of rotating components such as bearings, motors and gearboxes.

‘We are looking forward to the partnership with Perpetuum as this forms part of Metro’s wider Rolling Stock Condition Monitoring strategy’, said Dan Ward, Systems Engineer at Metro Trains Melbourne. ‘The success of the sensor trials will enable Metro to realise changes in maintenance, which will be driven by quantitative fact. Ultimately, this will lead to significant financial savings in the maintenance of wheelsets and bearing components, and the additional benefits from the system of indicative track condition will also have a considerable impact.’