Seeing Machines to be tested on EMD locomotives 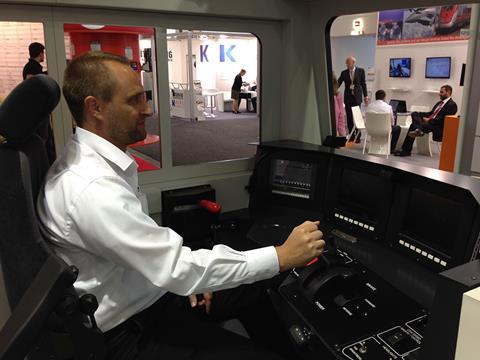 INNOTRANS: Seeing Machines announced an agreement for its driver fatigue and distraction monitoring technology to be tested on Electro-Motive Diesel locomotives on September 24. This is designed to intervene in the event of a driver experiencing ‘microsleep’ or being distracted.

The technology is used on large mining vehicles supplied by EMD parent company Caterpillar. It uses a dashboard-mounted infra-red camera to monitor the head movements of the driver, in particular the eyes. If the camera detects that head movements and blinking has ceased, or the driver is distracted and looking in an unexpected direction, then an electronic alarm is sounded. Alerts can also be sent to the control room, enabling staff to check up on the driver according to their railway’s procedures.