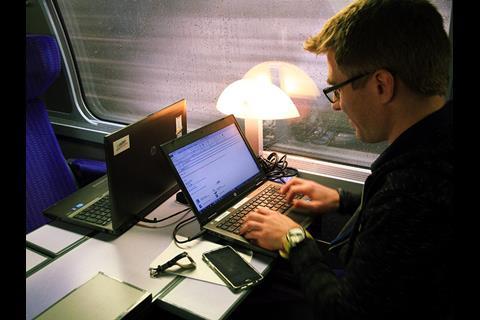 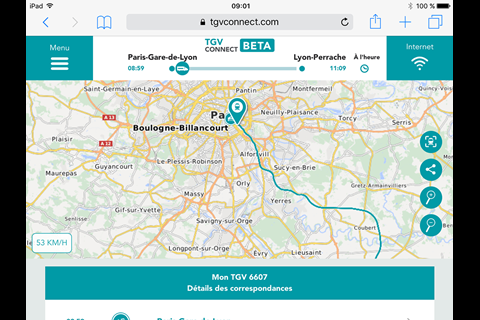 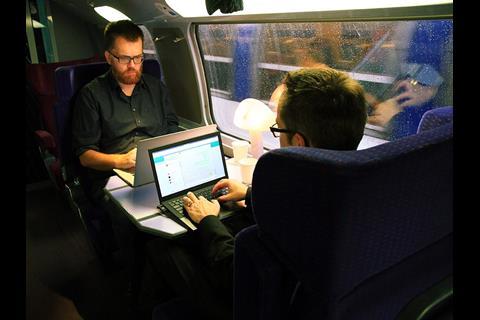 FRANCE: SNCF began offering passengers free wi-fi on some TGV trainsets on the Paris – Lyon route with effect from December 15. This is the first phase of a wider roll-out which aims to provide wi-fi coverage for around 80% of TGV passengers on high speed and conventional lines by the end of 2017.

Data will be limited, with SNCF saying the TGV Connect wi-fi is intended to enable passengers to connect to social networks or send around 60 e-mails. Users will also be able to follow their train’s progress on a map, access real time running, delay and connection information as well as the buffet menu, and hire a car or book a taxi at their destination.

SNCF appointed 21net to provide the software and hardware and system supervision, with Engie Ineo responsible for project management, installation and maintenance.

SNCF says that it has faced several challenges with the roll-out of wi-fi on the TGV network. At speeds of 300 km/h the connections with existing 3G or 4G relays are not continuous, even near the masts. The geography of France means railways often run through sparsely populated areas with poor mobile signal coverage, and tunnels, cuttings and woodland cause further difficulties.

SNCF worked with telecoms provider Orange to install 200 relays alongside the Paris – Lyon route to provide full coverage away from cities.

The trainsets are being fitted with external aerials above the buffet, and two wi-fi aerials per deck per coach. This will require the installation of around 18 000 aerials across a fleet of around 300 trainsets by the end of 2017.

SNCF has not disclosed the cost of the TGV wi-fi programme. The roll-out of wi-fi on regional and suburban trains is also planned, but will be funded separately.