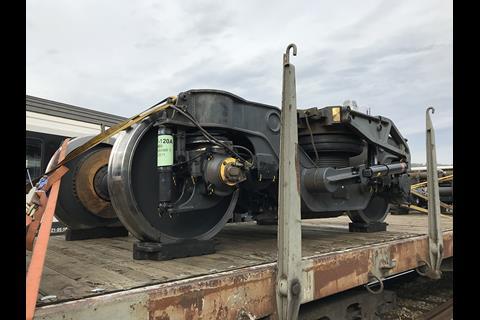 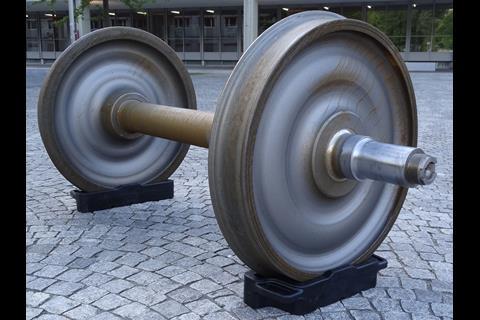 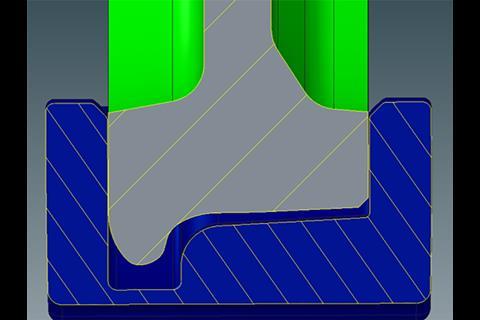 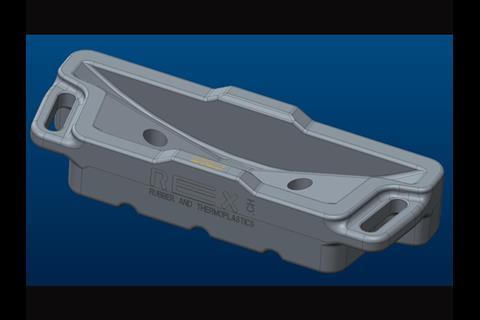 WHEEL PROTECTION: Protective boots designed to protect wheel treads and flanges while bogies and wheelsets are in transport or storage have been officially endorsed by UIC and included in its latest shipping guidelines.

Developed by Swiss manufacturer Rex Articoli Tecnici, the moulded boots are intended as a reusable alternative to the wooden packing traditionally used to support and protect wheelsets. Several hundred are already in use with SBB, BLS, ÖBB and Stadler, after the concept was launched at InnoTrans 2018.

Moulded from a heavy duty resin compound with fibre reinforcing, the boots are suitable for wheels varying in diameter from 620 mm to 1 060 mm. Embedded magnets clamp onto the face and back of the wheel, ensuring that the boot remains firmly attached, yet easily removable. Each boot weighs around 8 kg, making them light enough for one person to carry.

The moulded boots can support loads of up to 5 tonnes, and can be reused up to 2 000 times, whereas wooden packing is generally only used once. A flat base allows the boots to be mated back-to-back, so that protected wheelsets can be stacked on top of each other in confined storage areas.