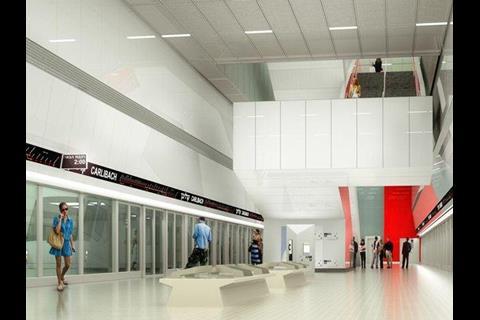 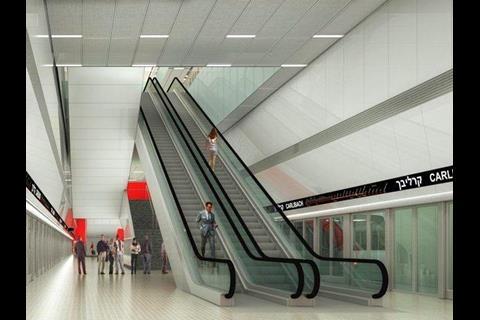 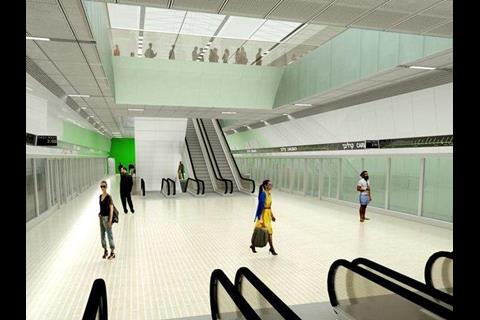 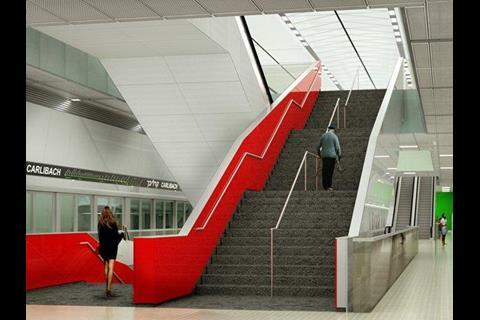 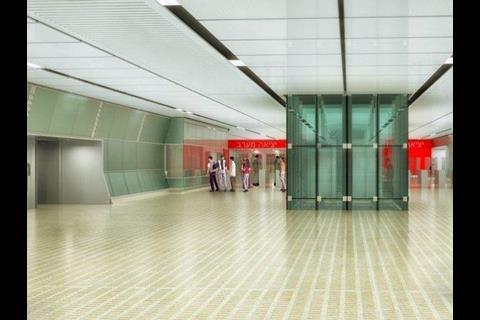 The winning bid is due to be announced in mid-2015, and work is due to begin later in the year.

Carlibach will be an interchange between the Red Line, now under construction, and the proposed Green Line. The two lines would be on separate levels, with a ticket hall on a third level. Construction will involve the demolition of a road bridge and its replacement by a road tunnel.

The 24 km Red Line will link Petakh Tikva, to the northeast of Tel Aviv, with Bat Yam to the south; it is expected to open for traffic in 2021. The 39 km north-south Green Line would link Ramat Ha Khayal with Bat Yam. Six more lines are planned.