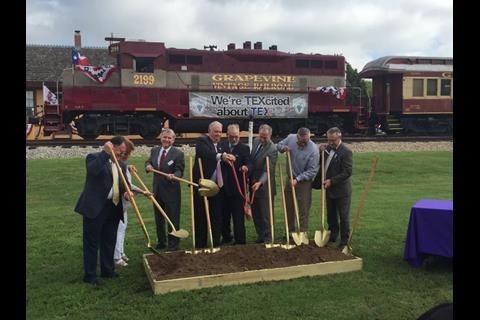 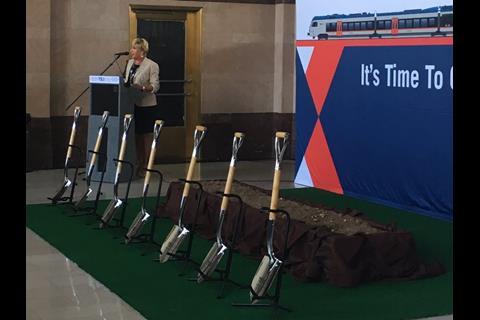 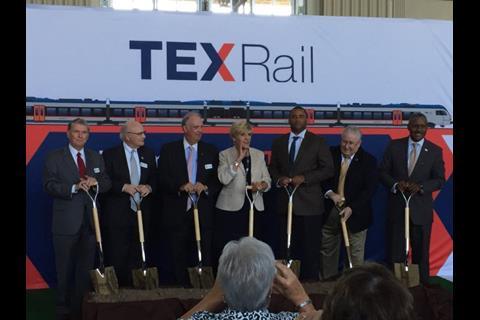 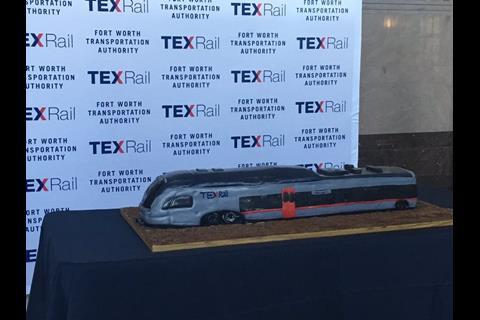 USA: Groundbreaking ceremonies for the TEX Rail commuter route in Fort Worth were held on August 24 at several locations along the future route.

Due to open in 2018, the 43 km route being developed by the Fort Worth Transportation Authority would link central Fort Worth with Dallas-Fort Worth International Airport. It would follow existing freight railway alignments northeast across Tarrant County to Grapevine, then run on a new branch to serve two stations two stations within the boundary of the airport. One of these would serve Terminal B.

There would be nine stations in total, and an end-to-end journey time of 55 min is envisaged. Initial ridership is forecast at 8 000 passengers/day, rising to 13 000 by 2035, when peak headways of 30 min and 60 min off-peak are envisaged.

Around half of the $1bn cost is being met from federal sources. The total project cost includes rolling stock. In 2015 Fort Worth Transportation Authority signed a $100m contract with Stadler Bussnang for the supply of eight diesel multiple-units in July 2017. The bodyshells and bogies are to be produced in Switzerland, with final assembly at a new factory which Stadler is building in Utah.