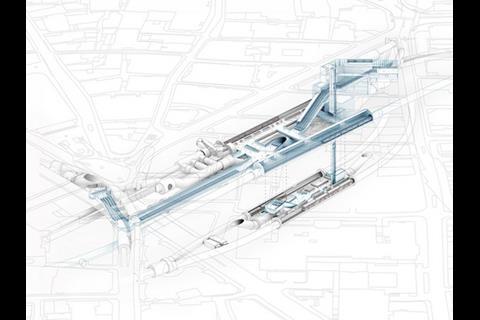 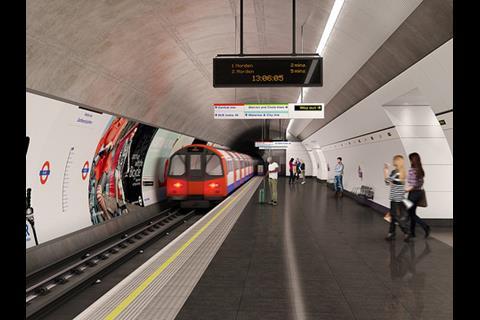 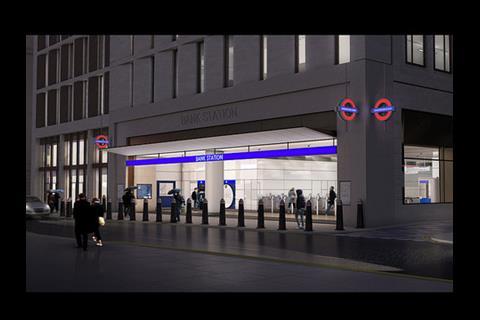 UK: The Department for Transport has granted a Transport & Works Act Order to Transport for London, giving it legal powers to start the remodelling of Bank station in central London.

Bank is the third-busiest station on the London Underground network, handling more than 52 million passengers per year and serving as an interchange between LU’s Northern, Waterloo & City and Central lines and the Docklands Light Railway automated metro. Under TfL’s planned £563m rebuilding project, the station’s throughput would be increased by 40% by 2021.

Key elements of the remodelling include the construction of a new platform and associated running tunnel for the southbound Northern Line to ease congestion and improve dwell times. Step-free access would be provided to the Northern Line and DLR platforms; three more lifts, 12 escalators and two moving walkways installed; and a new entrance would be created on Cannon Street to augment the one now being built near Walbrook Square for completion by 2017.

Work on the remodelling is expected to begin next year and last five years; TfL says that the station will remain open throughout the construction period.