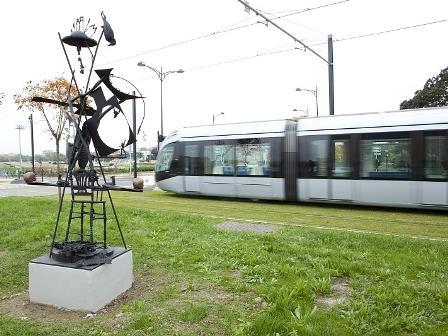 FRANCE: Next month is due to see initial public consultation for a 5∙2 km extension of Toulouse metro Line B from Ramonville to Labège, adding five stations to serve growing industrial districts to the southeast of the city.

Expected to cost around €370m excluding rolling stock, the fully-automated VAL extension would mostly run on viaduct, apart from a cut-and-cover tunnel under the Canal du Midi just east of the current terminus. Services would run every 5 min at peak times, attracting between 30 000 and 40 000 passengers/day.

Local transport authority Tisséo envisages that preliminary design and a formal enquiry would lead to the awarding of a Declaration of Public Utility at the end of 2014 and the start of construction in 2015. Test running in the second half of 2018 would precede opening of the extension during the first quarter of 2019.

Meanwhile, February 13 saw the start of work on the 3∙4 km Ligne Garonne project which will take Toulouse’s tram route T1 further into the city centre. Due for completion in April 2014, the Arènes – Palais de Justice extension with six stops is expected to cost €115m. Alstom and local company Egenie are undertaking tracklaying on the 2∙5 km between Arènes and Fer à cheval, and Guintoli is responsible for civil engineering. Tisséo is also developing plans for a 2∙5 km tram branch to serve Toulouse-Blagnac airport at an estimated cost of €60m.