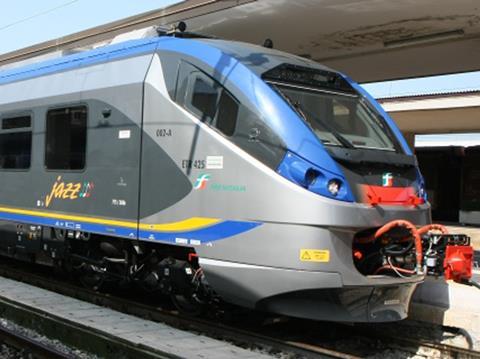 ITALY: A €300m corporate bond subscription agreement which will finance the acquisition of new passenger rolling stock for regional routes was signed by the European Investment Bank and national railway FS on December 23. The bond is guaranteed by the European Fund for Strategic Investments, and according to EIB is ‘highly innovative’ in its financial structuring and targeting of regional lines.

The proceeds will be used to finance the acquisition of 49 multiple-units and 250 double-deck coaches for regional services in Lazio, Toscana, Veneto, Piemonte and Liguria. Passenger operator Trenitalia’s total investment in the five regions is put at €700m.

‘For years the EIB has been at Ferrovie dello Stato’s side in all its investment, and I am especially proud of today’s announcement as it shows that Europe can be close to its citizens in a concrete way, including in the implementation of the new provisions of the Juncker Plan, whose financial arm is the EIB’, said EIB Vice-President Dario Scannapieco.